Wondering how much real estate agents earn? We've got you covered! (Updated for 2022) 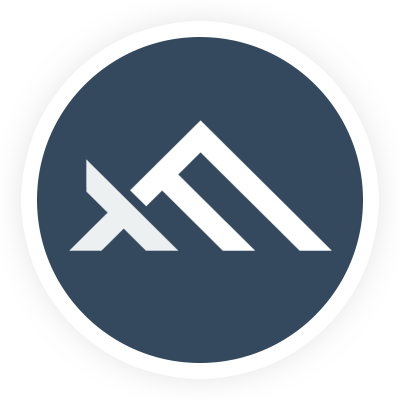 Why is there so much variation in how much real estate agents make? There's lots of different reasons, which we'll talk about in this article. The first big factor is that your average real estate agent is paid as a 1099 independent contractor, which means that they're only paid when they make a sale. When an agent makes a sale they're paid a commission on the property's sale price. This commission amount is negotiated between the seller and their agent when listing the property. The amount of the commission depends on a lot of different factors, like the agent's experience, what other competiting agents offered to charge the seller, what sector of the market the property is in, and so forth.

What this means in plain English is that real estate salespeople are treated as though they're self-employed; if they do well, they get paid well, and vice-versa. This means that the sky's the limit when it comes to your annual salary as a real estate agent, but it also means that your pay is proportionate to your effort. You can't just sit back, relax, and expect to cash a fat paycheck at the end of the week. Real estate sales is one of the few jobs where merit and hard work, rather than seniority and office politics, determines how much you get paid. Good news for those that are tired of the 9-5 grind and waiting for a promotion, but you can't expect to cash an easy paycheck every week if you haven’t sold any homes!

Also, keep in mind that choosing to specialize in either sales or rentals will have a significant impact on how much money you make (if you're looking at getting into commercial real estate, that's a whole other ball game - this article by the National Association of Realtors is a great primer). Basically, you can break down the difference between specializing in sales and rentals like this: there's more money in selling homes, but renting apartments is easier to get started in.

Why is there more money in sales? It's because commissions in sales are often significantly larger than rental commissions. Sales agents often get paid around 4-6% of the home's sales price, while rental agents often take home about a month or two's rent as commission. This means that in Boston the average sales commission is around $37,000, versus about $3,000 for rentals. That's a big gap!

But keep in mind that building up your business as a sales agent is a challenge. After all, for many people this is the largest purchase of their lives. You wouldn't choose just any old Realtor to help you make that purchase! By comparison, building a rental business is straightforward: advertise rental listings online, which are often provided to you by your office, and you'll have plenty of inquiries and tenants to work with. All of the hard work in rentals begins after advertising the property, when you need to provide excellent service to your client (most often the landlord) and their future tenants. Because of this, starting with a mix of rentals and sales often makes a lot of sense for new agents, since jumping straight into sales can mean spending three to six months building up a client base without making much money.

So how much money can you expect to make in your first year as a newly licensed real estate agent? That depends on your market. According to Simply Hired, first year agents across the entire United States can expect to make an average income of $33,000 – not bad for an entry level position in an industry that, on average, scales up to a $104,000 salary. But keep in mind that the $33,000 figure is based on the national average. Your local market will have a big impact on your earning potential. For example, Massachusetts, with it's expensive housing market and high real agent commissions, has a much higher average income for real estate agents: the average Massachusetts real estate sales agent makes $84,180 per year according to Forbes, and the average Boston real estate broker makes $103,720 per year according to the Boston Business Journal. That's almost double the national average real estate agent income, according to Simply Hired. So you could expect to make decent money as a new agent in Boston (though the big bucks won't come until after you've built up your client base over a few years with hard work and good customer service).

Home sales are up in Massachusetts, and condo and single-family home prices are setting records, according to market reports released this week, cementing the housing market as one of the few bright spots in the economy amid the COVID-19 pandemic.

“It remains a seller-driven market, with many listings drawing multiple offers,” Gell said. “With inventory so tight, there’s a lot of upward pressure on prices. In order to compete, many buyers are having to pay top dollar.”

Rental agents in the Boston area also have it good. Boston rents (and thus rental agent commissions) are very high compared to other cities, because Greater Boston rental inventories haven't kept up with job and population growth in recent years, and Boston rents are at an all-time high in 2022:

[The] scarcity of apartments has helped drive Boston-area rents ever higher. The region's perennial desirability as an academic, tech and biotech hub has not helped matters: More and more people want to live here (despite the winters!) and the housing demand, for a variety of reasons (poor public policy, high construction costs, low-density land use for generations now), far outpaces the supply every year. The rental population in the region grew 23 percent.

Even the historic residential-building boom under way is unlikely to alleviate things for most tenants, at least not anytime soon. Perhaps in two or three years; but your next apartment hunt will surely confront this grim economic tableau of high demand and low supply. The two major reasons for this are that for-sale housing, particularly condos, remains astronomical by the standards of almost any American region besides, again, New York and San Francisco. Also, much of the new rental development is at the higher-end (see graphic above about the affordability of newer units)...Whatever goes up tends to get snatched up and fast; and what's leftover is unaffordable for many.

Not the best news if you're hunting for a new apartment, but it's good news for Massachusetts real estate agent commission checks.

So to sum it up: if you're interested in getting your real estate license Massachusetts is a great place to get it, but expect for it to take time and a lot of hard work if you want to make really good money (think six figures or more). If you're willing to put in the work, though, the sky is quite literally the limit!

How To Get Your Real Estate License In MA

All About Real Estate Classes in MA

Can I take the Massachusetts real estate course online?